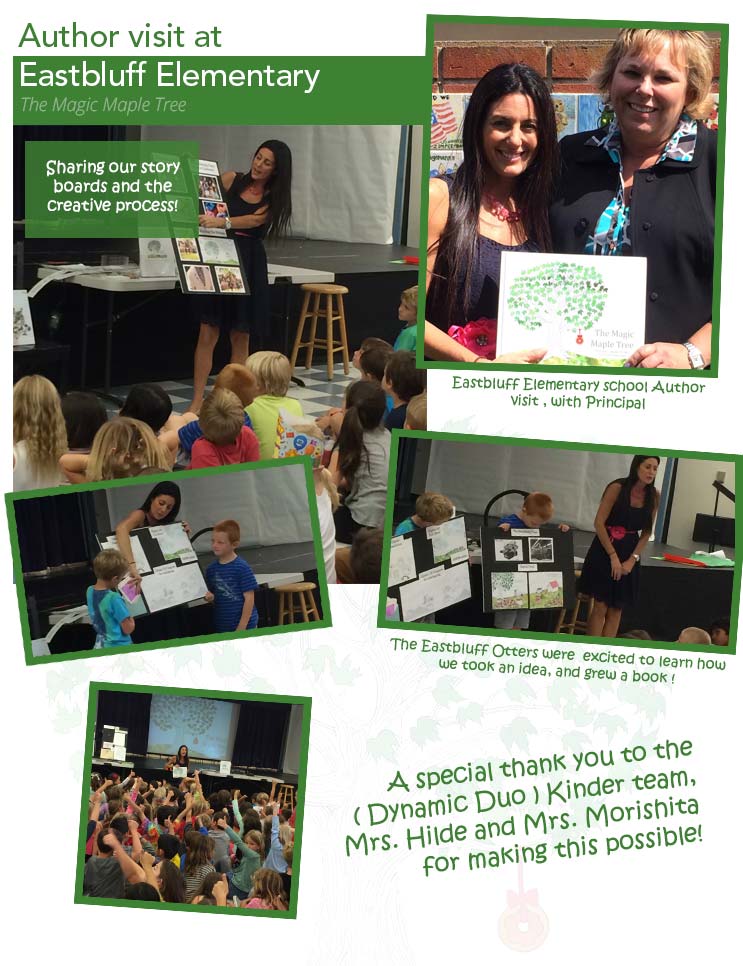 An inspired Eastbluff writer, Colin Sullivan, wrote a creative short story based on The Magic Maple tree… Read it below…

Chapter 1
Once there was a little boy who thought actual living, moving, breathing trees could be alive. He got teased the second he said it could possibly be true. Up, up, up a Sky God could hear them so he made the Earth God make a tree. So Julian, (that was his name) came home from school one day and saw a gold tree and said “OMG A MAGIC TREE”. A MILLION DOLLARS grew on the tree and everybody saw the tree and they started being greedy. Julian was a smart boy and said I would, if you believed me. Julian lived happily ever after.

Chapter 2 – the Big Bad Bully
One day Julian was playing with his magical living tree and a new bully in town walked right up to him and said” ha ha ha aaaahhhhhhhhhh”. He was afraid of the tree because it was moving. The tree had turned into a monster. But when Julian saw he didn’t see anything but a gold tree. Are you playing trick on me he said. The bully said nothing and ran away he was never seen again not even through
his moms eyes.

Chapter 4 – The Missing Magic Branch
It was a beautiful day and Julian was playing inside when he heard a SNAP! He rushed outside one of the branches were gone! Julian looked everywere but couldn’t find the branch then the branch appeared he chased it then finally he got it.